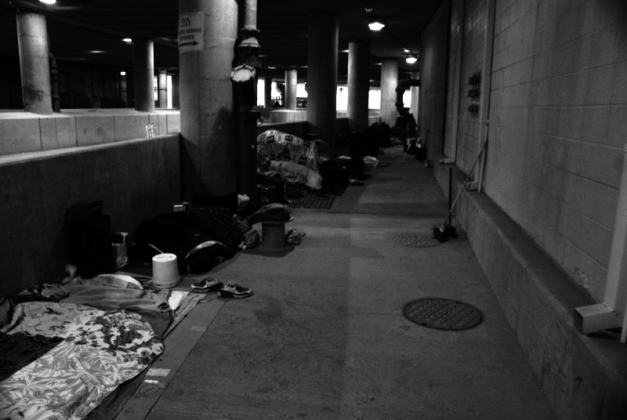 On his website, Documenting the Human Experience, Chuck Jines posted some photos of the homeless community he found living under Chicago’s streets along Wacker Drive.

I’ve taken to looking after a gentleman named Roger. He’s probably in his mid 50s, and definitely psychologically disabled. Below is Roger’s bedroll. Many of the others living down here give Roger hell about his mess. Roger loves to play with matches, and any kind of rope. He’ll spend hours untying knots. I’ve given him two coats and three hats already this season. Roger has a hard time keeping track of things… like, hats and coats. He says he’s from Chicago, but other places too, like Argentina. Roger says he was down in Argentina looking for oil back in the 20s (he’s not that old!).